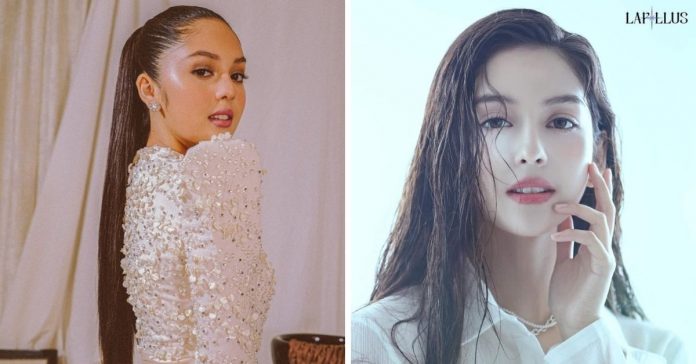 Chantal, who was born to a Filipina mother and Argentinian father, was introduced as a member of upcoming girl group Lapillus under South Korean agency MLD Entertainment.

MLD Entertainment, which is home to girl group Momoland, posted on Wednesday a teaser photo of Chantal, with her birthday, and stage name Chanty included in the caption.

Since November 2021, MLD Entertainment has been posting photos and videos of the 19-year-old as a trainee.

Chanty was first introduced to the public as part of ABS-CBN’s talent management Star Magic Magic Circle Batch 2018, alongside Charlie Dizon, Donny Pangilinan, Markus Paterson, and Tony Labrusca, among others.

She starred in several Kapamilya shows such as Starla (2019) Hiwaga ng Kambat (2019), and Spirits Reawaken (2018),  prior to becoming a Kpop trainee

Chanty is set to debut with fellow members Haeun, Nonaka Shana,Seowon, Yue,  and Bessie this June.