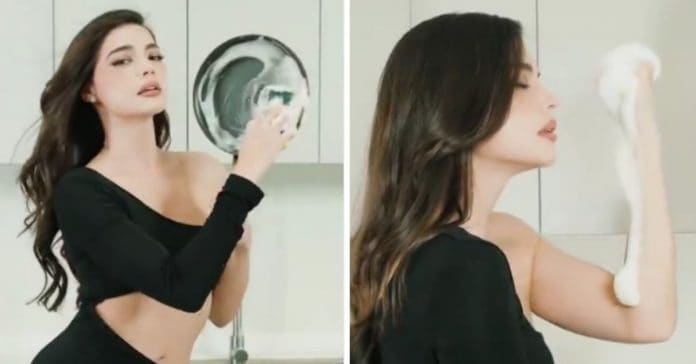 Rhian Ramos set Instagram on fire when she responded to a netizen who called her a lookalike of Petrang Kabayo.

In a recent post on the photo-sharing app, the Kapuso actress shared a screenshot of the netizen’s hate comment against her which read: “Lookalike ni petrang kabayo, maghugas ka na lang ng plato hayop.”

“Inspired” by the basher’s remark, Rhian responded with a slow-motion video of herself washing the dishes while wearing a sexy black cutout dress.

Meanhile, fellow celebrities, couldn’t help but share their reactions over Rhian’s feisty clapback to the basher.

“My eyes are on fire,” said actress-beauty queen Michelle Dee.