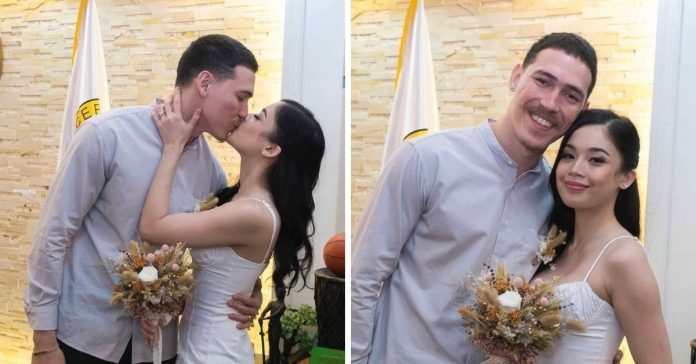 ‘What a shame’: Robert Bolick mom reacts to cager’s marriage to Cassandra Yu

On Sunday, Cassandra announced in a Facebook post that she and Robert tied the knot in an intimate wedding ceremony in Cebu last March 22, 2022.

In a Facebook post by Philippine Star which featured the couple’s wedding photos, Robert’s mom Zeby Bolick was spotted reacting in the comments section, revealing that the basketball player kept his wedding a secret to his parents.

“He got married without telling his parents. What a shame,” said Zeny, while showing disapproval of his son’s partner.

“I don’t like this girl and she is not welcome in my house either in Ormoc or in the US. I don’t even know what kind of a woman she is. He never introduced us to this woman,” Zeny continued.

Robert and Cassandra got engaged this year on New Year’s Day.