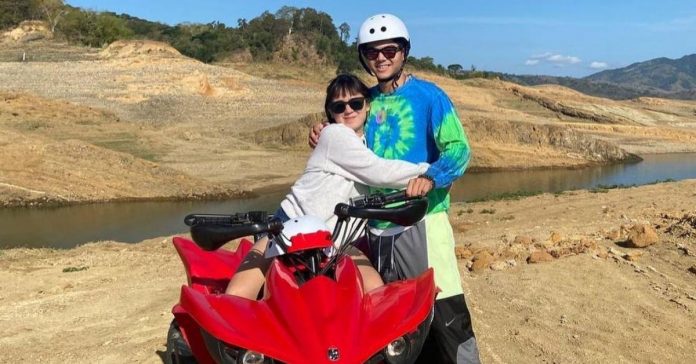 Mikee Quintos had a sweet post for Paul Salas, days after the actor revealed that they are dating.

On Instagram, Mikee shared snaps from what looked like an adventure-filled date she had with the actor.

“Halika nga!!!! I luuuuh-miss you,  @paulandre.salas” Mikee captioned the photos, one where she posed solo on the all-terrain vehicle (ATV), and another giving Paul a side hug.

“Hihihihihih iluhmisshu,” Paul responded in the comments section, much to the kilig of their fans.

Paul previously revealed in an interview with Mars the real score between him and Mikee, saying that they are dating and not rushing their relationship.

The two co-starred in the Kapuso fantasy romance series The Lost Recipe in 2021.