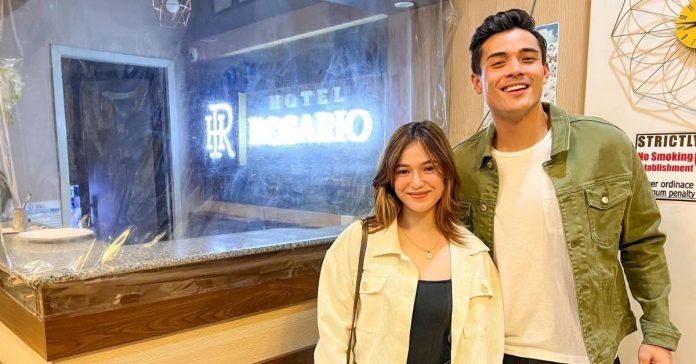 Xian Lim addressed the photo of him with Barbie Imperial in a hotel which went viral on social media.

Netizens went abuzz when a hotel in Davao Oriental posted a photo of the actors together and thanked them for their stay at the establishment.

“Thank you so much, Mr. Xian Lim & Ms. Barbie Imperial for staying at Hotel Rosario Mati,” said the hotel in a Facebook post last Saturday, May 15, 2022.

The photo earned traction online with more than 100,000 reactions and 40,000 shares, as of writing as some.

Netiens were quick to put malice on the photo with some even taunting Xian’s girlfriend Kim Chiu in the comments section.

Some online users, meanwhile, defended Xian and Barbie, saying that the two were invited as celebrity guests at a miting de avance of a local political party.

In an interview with Pep, Xian spoke up on the speculations made against him and Barbie.

Xian also thanked those who came to his defense, stressing that he has no time for the “absurd” rumors.

The actor also took a swipe at all the Marites, or rmormongers.