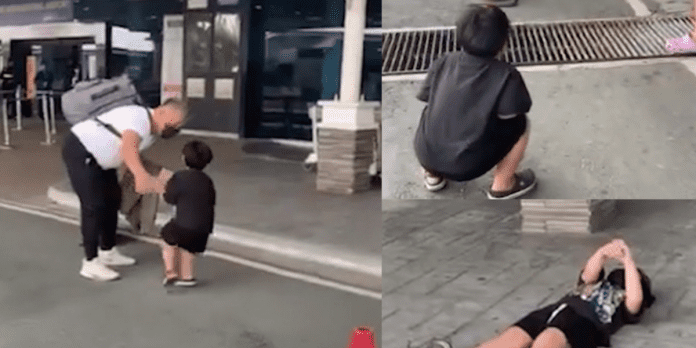 Toddler cries his heart out while saying goodbye to OFW grandfather

Indeed, goodbyes hit differently for families with overseas Filipino worker relatives. But it is even harder for children.

This three-year-old boy from Pampanga couldn’t help but become emotional when his Lolo Joel entered the airport during his scheduled flight to United Kingdom.

“Ayaw! Ayaw! No! No!” Sebby was heard saying in the video while hysterically crying.

His family convinced him to leave the premises after his grandfather entered Clark International Airport.

Mother Kyra Agustin said that it was hard for her son, Sebby, to let go of his lolo since they were always together.

Lolo Joel has been working abroad as a lineman for almost 14 years now. He usually comes home every year for Christmas and new year.

Kyra described her son as a lolo and lola’s boy. He is also a cheerful and talented kid, according to her.

Kyra said that after a few minutes, Sebby eventually calmed down. “Sebby is doing great naman po, after nung breakdown niya, we were able to calm him down naman, he requested to go to McDonalds after that so ‘yun, happy kid na ulit siya.”

The online community found the video relatable especially for families with OFW relatives.

It has already garnered more than 1.9 million views as of writing.