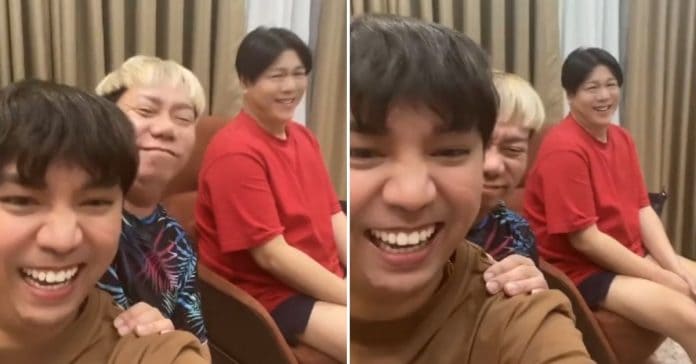 Days after the election, Chad shared a video of himself and Lassy congratulating MC for no apparent reason.

The said video has garnered two million views and more than 150,000 reactions, with some netizens figuring out that the video poked fun at MC being a lookalike of presumptive President Bongbong Marcos or BBM.

The former senator and son of late dictator Ferdinand Marcos won the presidential race in a landslide of 31 million votes, based on the partial, unofficial results of the 2022 polls.

The Beks Battalion is among the celebrities who openly threw their support behind Vice President Leni Robredo’s presidential candidacy.

Bianca Manalo clarifies she and Win Gatchalian have no love...