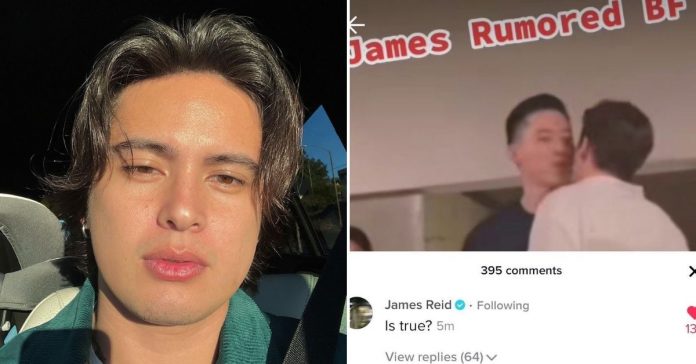 Netizens had a good laugh after James Reid was spotted being a “Marites” on a Tiktok video that speculated about his alleged new relationship.

A video of James giving a guy friend a hug and a kiss on the cheek during his 29th birthday celebration, set the online community abuzz, with some social media users leaving malicious comments.

Clips and screenshots of the said video were reposted on TikTok where James himself was seen getting nosy about the speculations about his new romance.

“Is true?” read James’ comment in the now-deleted TikTok video about his “rumored boyfriend,” as seen in a screenshot of a Facebook page dedicated to the singer-actor.

The fan page, James Reid-REIDers, also clarified that the guy in the video named James Thomas is a good friend and business partner of James.