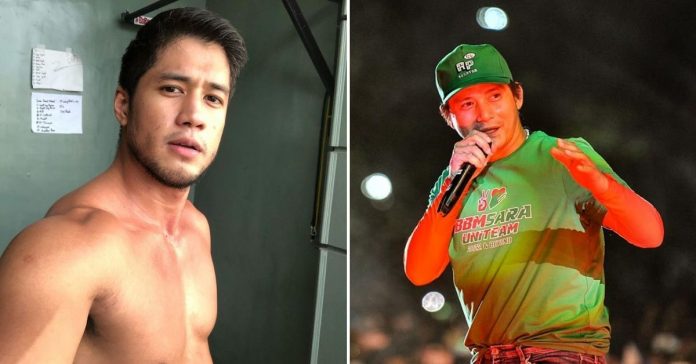 Aljur Abrenica is happy for Robin Padila and believes his father-in-law is deserving of his No. 1 spot in the senatorial elections.

“He deserves to be number one talaga, para sa akin. Kaya I’m so, so happy for him,” Aljur was quoted as saying during a presscon for his upcoming film The Revelation, adding why the veteran actor deserves the top spot in the Senate race.

The actor also defended Robin from criticisms about the action star being unqualified for a position in public office.

“If something happens to our country, I know he can handle it. And ang gusto ko pa kay Papa, he has the heart, di ba? Matalino na siya, may puso pa,” stated Aljur

Based on the partial, unofficial results from Comelec’s transparency server on Friday, Robin is leading the Senate race with 26.45 million votes.

Robin, who previously said he would hire lawyers to aid him in making laws in the Senate once elected, announced in a Facebook post on Friday that he would tap President Rodrigo Duterte’s former spokesperson and chief legal counsel Salvador Panelo as his legislative consultant, adviser and mentor.