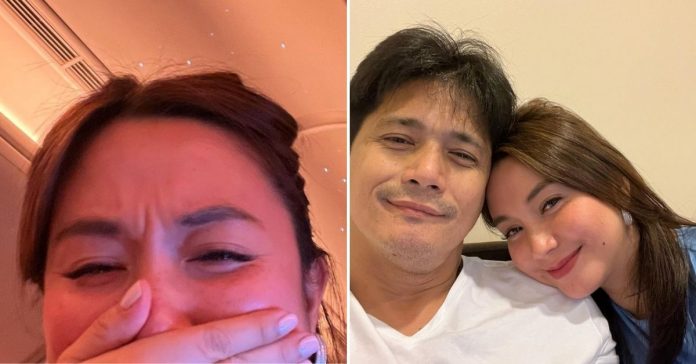 Mariel Rodriguez shared her emotional reaction upon learning that her husband Robin Padilla is the frontrunner in this year’s senatorial elections.

In an Instagram post, the TV host shared on Instagram a carousel showing photos from her flight to Spain with kids Isabella and Gabriella, and grandparents Rafael and Mae Sazon.

Included in the carousel was her first reaction aboard the flight when Robin emerged on top of the senatorial race based on the initial partial and unofficial tally of votes on Monday. As seen in the photo, she was teary-eyed with her hand covering her mouth.

Mariel earlier extended her gratitude to those who supported her husband, assuring that their votes would not go to waste.

“Thank you so much to my friends who have messaged me telling me that they voted for robin. Ibang klase ang pakiramdam,” wrote Mariel in an Instagram story.

“My Senator 💚 is #1 😭😭😭 we are beyond grateful!!! Pilipinas, maraming maraming salamat,” said Mariel in an Instagram post.

Robin has garnered more than 26 million votes based on COMELEC’s transparency server, as of Thursday, May 12.