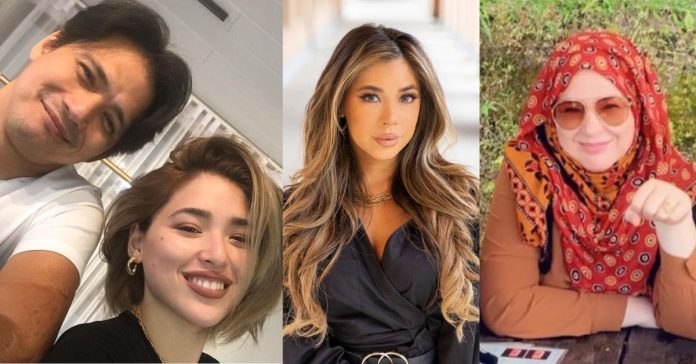 Robin Padilla’s daughters took to social media to congratulate the action star who is poised to become a first-time senator.

Robin surprised many when he appeared on top of the 2022 elections’ senatorial race based on Comelec’s initial, official tally, besting political veterans in the Senate Magic 12.

Camille Orosa, Robin’s child with actress Leah Orosa, expressed pride in his actor dad as she congratulated him for adding another feather to his cap.

“I’ve always been so proud of my dad. Action star, screenwriter, producer, director, (unofficial) ghost hunter, karaoke king, philanthropist*….Today, I get to congratulate and celebrate Senator @robinhoodpadilla,” said Camille in an Instagram post.

Robin’s eldest daughter with ex-wife Liezl Sicangco, Queenie Padilla, meanwhile, shared a photo of Robin holding a Philippine flag in a campaign rally to celebrate her dad’s win in the Senate race.

“Victory!!!!,” wrote Queenie in an Instagram post alongside a photo of Robin holding a Philippine flag in a campaign rally.

Kylie Padilla, Robin’s second daughter with Liezl, also aired her thoughts about her dad becoming a senator, saying she cannot wait for her dad to make his dreams a reality.

“I approached this like you were not my dad. I did my homework. I did my research. I did not want to be biased. I watched all the interviews and inintindi ko lahat ng sinabi mo.

“I support you with all my heart. You have always been passionate about helping people and now you are in a position where you can make a bigger impact. I’m so happy and proud of you,” wrote Kylie in an Instagram post.

Kylie continued to express her love and support to her dad who she said has great love for the country and its people.

“Mahal na mahal ng tatay ko ang pilipinas, mahal nya ang mga tao. Parte ng pagkatao nyang tumulong. He has always been selfless pag dating sa mga taong nangangailangan. If there is one thing I can attest to, my father did not need to become senator to help make change happen,”
She added, “He was already doing that before all of this. Kaya whatever happens after today, however busy you become please know that I love you and support you. Congratulations @robinhoodpadilla 🥰”.