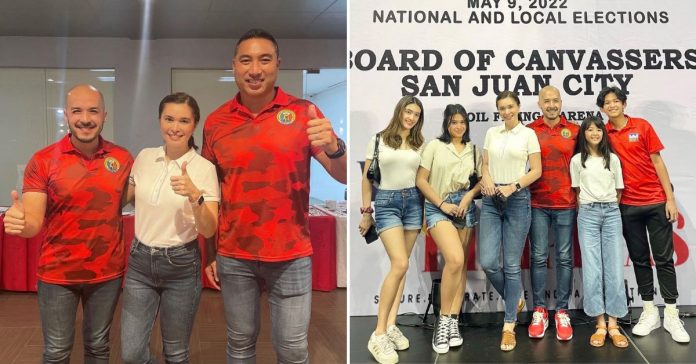 Sunshine Cruz took pride in her partner Macky Mathay after securing a spot in the public office.

Macky ran as councilor under San Juan Mayor Francis Zamora’s ticket in the 2022 elections and was proclaimed a winner on Tuesday, May 10.

On Instagram, Sunshine posted photos from the proclamation as she congratulated Macky and Zamora’s party on their feat.

Sunshine’s daughters Sam and Chesca, also attended the proclamation to show their support to Macky.

“Congratulations Team Makabagong San Juan and Councilor @mackymathay! We are so proud of you!,” wrote Sunshine as caption.

The Team Makabagaong San Juan scored a landslide victory against their opponents in the 2022 elections.