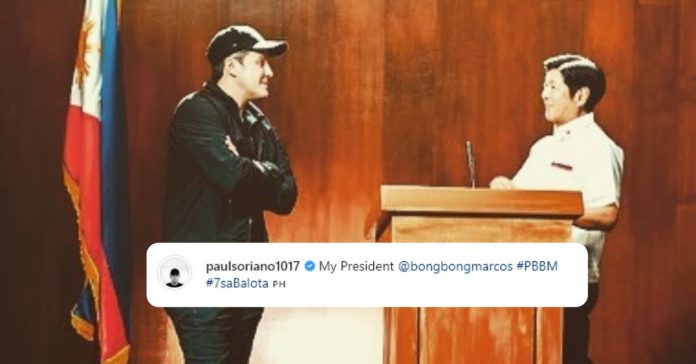 Alex Gonzaga and Mommy Pinty Gonzaga have declared their support for the presidential candidacy of Ferdinand “Bongbong” Marcos Jr.

On Saturday, Toni Gonzaga’s film director husband Paul Soriano posted photos of Marcos as he endorsed the presidential candidate on his Instagram page.

Paul is known to have close ties with Marcos as the filmmaker is the nephew of the latter’s wife, Liza Araneta-Marcos.

Alex, on the other hand, left raising hands emojis.

Paul and Toni have been vocal in supporting the BBM-Sara, with the latter actively hosting the tandem’s campaign rallies and receiving criticisms online from supporters of rival presidentiables.