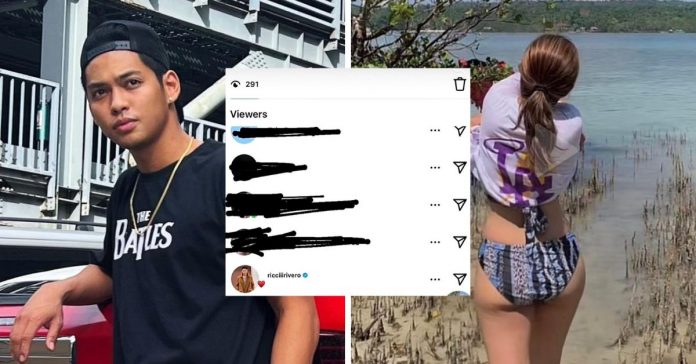 Ricci Rivero debunked a viral TikToker’s post claiming that he liked her Instagram story, which created a buzz among fans of the basketball star and girlfriend Andrea Brillantes.

A certain @katygreyy on TikTok uploaded a screenshot of her apparent Instagram story showing a photo of a girl in a bikini taking off her t-shirt with her back to the camera, which Ricci supposedly “liked”.

“Aye,” read the caption on the TikTok post which has since garnered over two million views and 100,000 reactions on the platform, as of writing.

The comments section was then filled with netizens’ mentions of Ricci’s girlfriend Andrea Brillantes.

“Lol (first) of all I would never do that, (second) it’s clearly edited (third) mas sexy gf ko sayo.”

Some netizens also pointed out that the heart icon in the viral TikTok post’s Instagram story had a clear difference to the actual feature on Instagram.