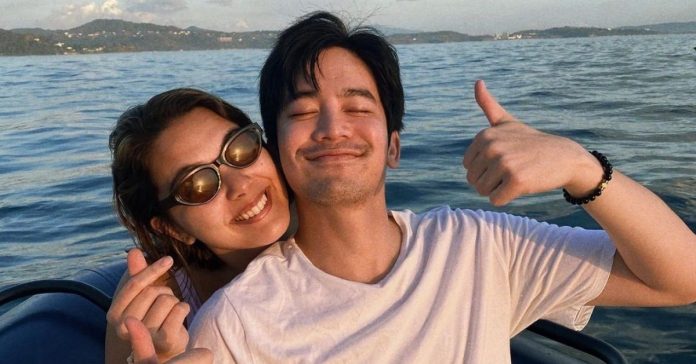 Sharing gorgeous photos of herself, including a topless pic, Ria penned a thank you message to her well-wishers in an Instagram post.

“Thirty already seems like the youngest and happiest I’ve ever been. 💜✨ thank you, everyone, for all the birthday love!,” wrote Ria.

She added, “I’ve been tearing up all day — my heart is so full 🥺 as I have told everyone that has greeted me today, please eat something yummy for me today ✨.”

Celebrity friends including Joshua, and fans of the Kapamilya actress took to Instagram stories to greet on her birthday.

Ria and Joshua sparked romance rumors last year when netizens speculated about the real score between them when they were spotted hanging out together with their circle of friends including Daniel Padilla and Kathryn Bernardo.

The two, however, laughed off the dating rumors in interviews, stressing that they are just close friends.