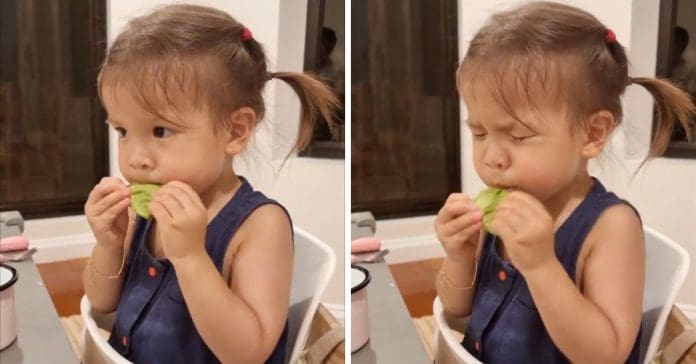 Erwan Heussaff couldn’t help but share baby Dahlia’s reaction to eating her “sour” greens. The French food content creator joked that his and Anne Curtis’ daughter is growing up to become an actress like her mom.

In a series of Instagram stories, the entertained dad shared the clips of her daughter hilariously commenting on how sour her green vegetable is.

In one of the videos, Dahlia was captured adorably scrunching her face while she continued to eat.

“You’re so dramatic. You’re such an actress,” Erwan told his daughter

He then captioned his post with: “I wonder where she gets it from? @annecurtissmith.”

The 35-year-old has been enjoying making food for his first child. On a past Youtube video from a year back, Erwan explored baby food when he ate the same meals baby Dahlia ate.