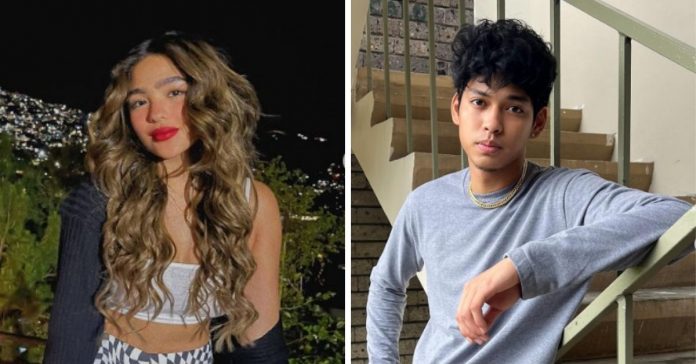 Rumors linking the actress to the athlete-actor were ignited after a waiter uploaded separate photos of him with Andrea and Ricci on social media.

The photos have since been widely circulated and had netizens speculating on the real score between the two.

A video showing Andrea wearing a white jersey with the number “25” also made rounds as netizens claimed that the actress has Ricci’s jersey as a varsity basketball player at the University of the Philippines.

The two, however, have yet to address the speculations.

“Shar’s not doing anything to people hating on her or tagging her things that she’s not part of so please wag niyo siya idamay!,” wrote Ricci in a tweet on March 13.

Sharlene, meanwhile, posted a tweet about not meddling in other people’s personal lives and letting them love who they choose to love.