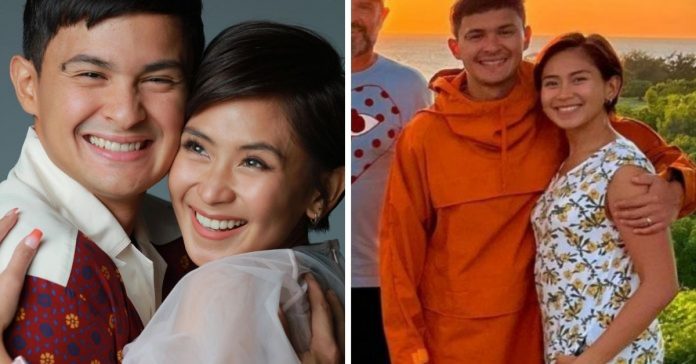 Matteo Guidicelli has addressed speculations that his wife Sarah Geronimo is pregnant with their first child.

Earlier this year, rumors of Sarah’s pregnancy surfaced after fans of the actress assumed that she has a baby bump in her New Year’s Eve photos with Matteo and her in-laws.

Matteo and Sarah celebrated their second wedding anniversary last February 20. According to the actor, he’s “very very blessed and thankful” to have Sarah as his wife.

“You’ll always learn more and more about her every single day and I think that is something very very true. Two years pa lang kami but I appreciate the ups and downs everyday,” Matteo shared about their married life.

The couple are currently busy with their own production company, as well as a soon-to-open studio. Sarah, who recently marked her 19th year in showbiz, is also working on a project in partnership with Viva.

“She’s working for something. Malalaman niyo soon. It’s not just out there yet but she has plans for the future. She’s working closely with Viva to produce these things with her, with our own company and Viva.”