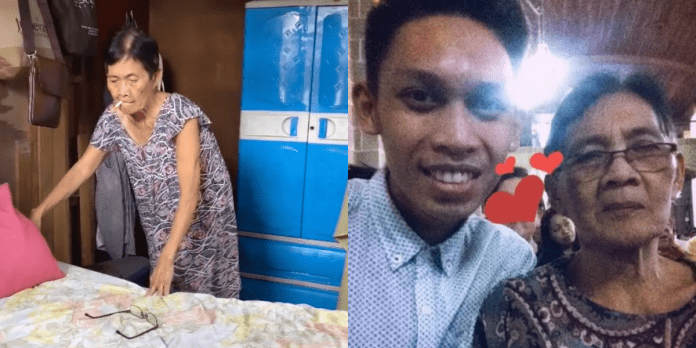 A netizen managed to convince his 78-year-old grandma from Cavite to finally quit smoking after sharing videos of her vice on social media.

In an interview, Gerard Poblete shared that he decided to film Lola Trinidad whenever he would catch her lighting a cigarette in her room.

At the age of 78, Gerard said that his grandma can consume three sticks in two days. Gerard said he’s only looking after the health of his Lola, that is why he is trying his best to stop her.

Gerald shared that Lola Trinidad is afraid that their relatives abroad would know that she’s smoking, so he would always act as if he’s filming her.

Gerard said that instead of storing the clips of his grandmother on his mobile phone, he decided to upload them on social media.

To help her quit her bad habit, they also talked to the sari-sari stores near their house to stop selling cigarettes to his grandmother.

Fortunately, Lola Trinidad remains healthy and has no comorbidities.

Gerard said their videos aim not only to provide entertainment but also inspire netizens.