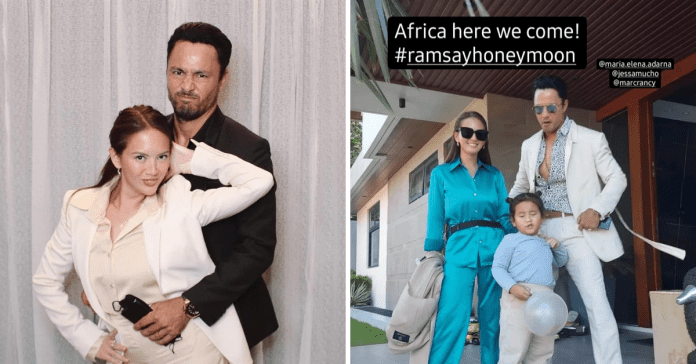 Ellen Adarna and Derek Ramsay are finally having their honeymoon in Africa, months after getting married in November 2021.

The couple on Thursday took to social media to share snaps of them with Ellen’s son Elias before they boarded the flight for abroad.

“We going on our honeymoon baby!!!,” Derek happily announced in an Instagram post showing snaps of him and Ellen in suits.

“Africa here we come,” wrote Derek in another photo of them posing in their airport looks via Instagram story.

When Derek asked Elias what he looks forward to in their African trip, Elias said he wants to see lions and hippopotamuses.

The couple previously said in an interview that they wanted to enjoy their honeymoon with Elias tagging along in the trip.

Ellen and Derek originally planned to fly to Africa last January, but got postponed after the COVID-19 cases in the country rose last month.