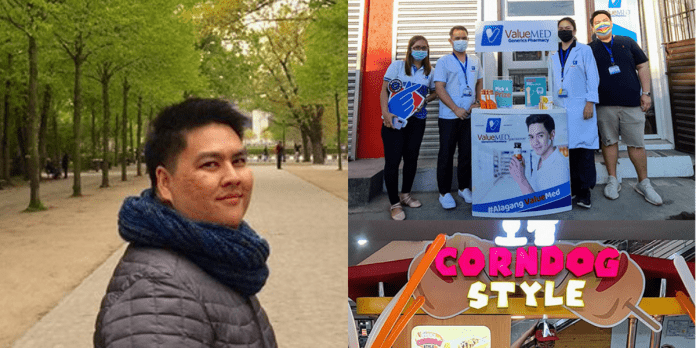 Despite having a six-figure monthly income at a software company in Singapore, an overseas Filipino worker (OFW) decided to return to the Philippines after 14 years to start his own business venture.

According to Christian Abellaneda, the COVID-19 pandemic made him realize that it’s better to come home and be with his family.

Abellaneda also noted that his decision to come home allowed him to make up for the lost time with his family after working abroad for more than a decade.

“I don’t want to come home when I’m really old and I [would] regret the time that I haven’t spent with family and friends back here in the Philippines,” he said.

Abellaneda shared that his success as an OFW did not happen overnight, noting that he had to work hard for several years just to get a higher salary.

“Of course it didn’t start at that amount, ‘di ba? Because I was there for 14 years. It started really low. I think my first salary was only around 1,600 Singapore dollars, which is around mga P50,000 lang. Of course in Philippine context, malaki na rin ‘yun, but in Singapore context, maliit ‘yun actually. In fact, that time struggling ako. Kasi it’s just enough to pay for your rent, for your food, and so on,” he explained.

When he came home, he tried to find a way to make the most out of the money he saved as an OFW.

“When I first went home, I first started a home-based baking business, actually. Kasi even before, even in Singapore actually, I will bake on weekends or when I’m free, I will sell it to my neighbors or my friends,” he said.

“I attended a lot of presentations, Zoom meetings, and that’s when I decided na sabi ko, “Oh siguro since I love food, that’s why I decided to start a small food cart and then also because it’s the pandemic and lahat tayo [ay] kailangan ng gamot , so I mean, you know I think a drugstore or a pharmacy is a pandemic-proof business,” he added.

In Oct. 2021, Christian invested around P1 million to launch his own food cart business at a mall in Manila and a drug store in Cainta, Rizal.

However, Christian admitted that the profits from his two business ventures are not as much compared to his P300,000 monthly salary in Singapore, but he stressed that he doesn’t regret his decision to return to the Philippines.

“Sobrang nanibago. In fact, now ko nga na-realize, sabi ko, ang dami ko pa lang pera dati. [Pero] no regrets because I also believe din naman na even, knock on wood, even if these businesses don’t work out, napakadami kong natutunan talaga, which I can surely apply in the future,” he said.