Michelle Madrigal is now a US citizen 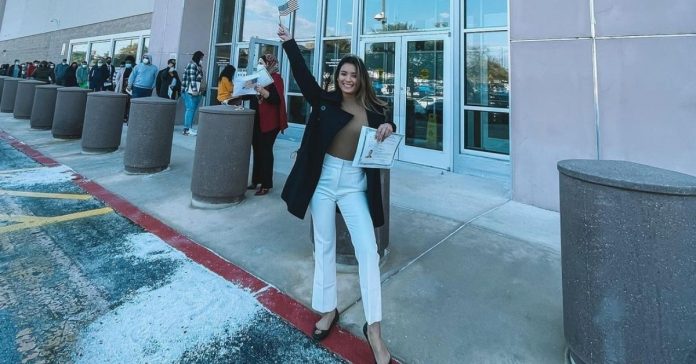 Michelle Madrigal was more than happy to share her journey to getting her American citizenship.

The former actress turned vlogger revealed that she has passed her citizenship test and has already taken her oath to make it official.

In a recent vlog, Michelle said she had to review for the 10 questions she would be asked on her test, adding that she would need to get six answers correct to pass.

On the day of her oath-taking, she turned emotional as she thought of her baby girl and her late father.

“All I could think of after my oath was Anika with this whole thing going on like my divorce pag may malalaking bagay na nangyayari, all you want to is to be surrounded by your family and all I wanted was to hug Anika paglabas ko kanina,” she referred to her baby daughter.

She also explained how she had been feeling overwhelmed from the new developments in her life like her divorce from her ex-husband just last year.

“I guess, I got super emotional na parang, ’You’re so happy, you wanna celebrate.’ I wanted Anika to be there rin paglabas. You know, I had the idea na family ganyan but I’m also on the other side of the spectrum parang ito naman na I also ended my marriage, the divorce case.

“I’ve moved on with the actual relationship and you’re beginning new beginnings but then at the same time, di pa rin tapos yung isang bagay so mixed emotions, di ba?” she explained.

Michelle tearfully added that if her father were still alive, it would have been easier to file for a petition for him to get a permanent resident card or a green card.

The 33-year-old moved to the United States back in 2016 and applied for a citizenship in November of last year.

Michelle Madrigal’s ex-husband Troy Woolfolk reacts to her snap with...