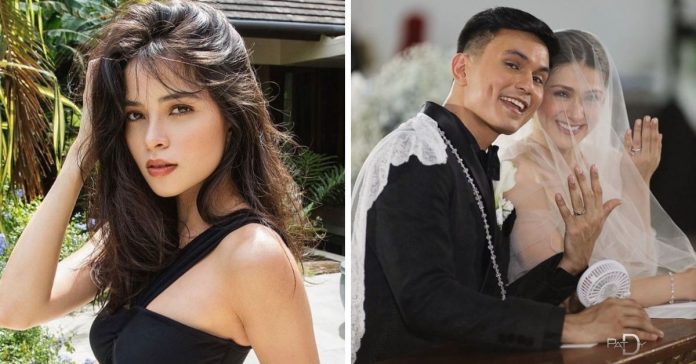 Kelly Day has reacted to online rumors about her alleged pregnancy and involvement in the rumored breakup of Carla Abellana and Tom Rodriguez.

Through an Instagram story on Thursday, the actress-beauty queen denied the speculations that came after a blind item by veteran showbiz columnist Cristy Fermin on her digital talk show Cristy Ferminute.

According to the blind item, a third party allegedly caused the split of Carla and Tom, with Fermin revealing that the actress was Tom’s co-star in a now-defunct Kapuso series.

Fermin also dropped other clues such as the actress was a beauty pageant title holder.

A clip of the said blind item was reposted in a TikTok and has since created a buzz on social media.

After netizens noticeably bombarded Kelly’s latest Instagram posts with the insinuations, Kelly then took to an Instagram story to address the circulating rumors.

“Before things get too out of hand, I’d like to clarify that I have no knowledge of/ involvement with the controversy.

“I don’t know how or why my name has become linked (i’m surprised too), but what I do know is these accusations about me are false.”

Kelly, who was crowned Miss Eco Philippines in 2019, also denied the speculations that she left for London because she is pregnant.

“I’ve travelled to the UK to attend the funeral of a family member, and to spend time with my UK-based family. I’m not pregnant (nor have I ever been).”

While she did not specify the persons she was referring to in her post, Kelly said: “I have never had anything close to romantic involvement/interest with the person. I have, and always will the utmost respect for the couple. They have always treated me with kindness.

“I hope this clears up the false rumors involving me. So much fake news out there nowadays. I hope we can take more caution with what we choose to believe online.”

Rumors about Carla and Tom’s supposed split rose after eagle-eyed netizens noticed that the two unfollowed each other on Instagram.

Tom’s cryptic Instagram post about “leaving” also fueled the breakup speculations.The two, however, already followed each other again on Wednesday on the said platform.