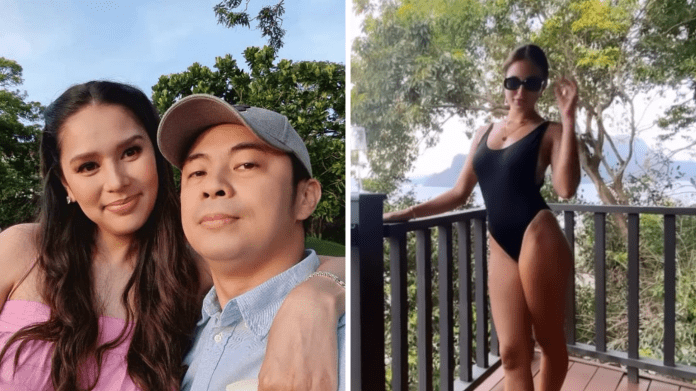 Neri Naig has a calm response to a netizen who seemingly put malice on her husband Chito Miranda’s comment on Sarah Lahbati’s social media post.

Sarah recently shared an Instagram where she transformed from her shooting range outfit to her swimsuit look.

The short video, which now has more than 1.5 million views, sent netizens and fellow celebrities such as Chito Miranda gushing over the actress.

A netizen, however, remarked to Chito: “Alam ba ‘yan ng asawa mo?” alongside a smiling face with cold sweat emoji.

Before Chito could respond, his wife Neri answered the netizen’s now-deleted comment.

Chito later expounded on his comment: “Actually, it means ‘on fire’ kasi ang angas ng post nya (but I guess you don’t know that✌🏼😅).

Sarah also reacted to Neri’s comment, saying how other netizens had nothing better to say.