Derek Ramsay, Ellen Adarna celebrate their ‘I love you’ anniversary 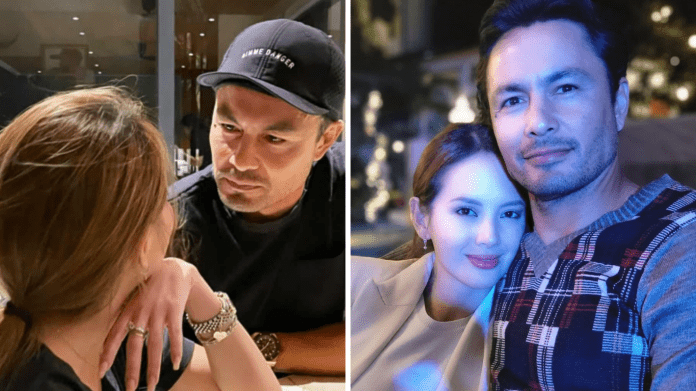 It’s been a year since sparks flew for Derek Ramsay and Ellen Adarna.

The lovebirds celebrated the first anniversary of being in love with each other on Tuesday, January 11.

To mark the occasion, Derek and Ellen held a dinner date at their home, reminiscing the day they first said I love you’s to each other even though they weren’t officially a couple at the time.

“So guys, it’s a dinner date for the two of us because today is our ‘I love you’ anniversary,” said Derek in a video posted on his Instagram story.

“‘You fell in love with me’ anniversary,” added Ellen.

Derek continued, “We said I love you to each other, but we weren’t together…Happy anniversary.”

Ellen, on the other hand, shared a moment when she and Derek were being teased by their friends during a dinner hosted by the actor early January 2021.

It was on February 26 when the two revealed that they are already in a relationship and celebrated their first anniversary as a couple on March 4.

Several weeks later, Derek proposed to Ellen on March 30 and eventually got married on November 11.

In a recent question and answer portion with her fans, Ellen said she feels “blessed” that Derek has the qualities and characteristics she’s looking for in a man.

The couple also earlier revealed their plans of having a baby next year.