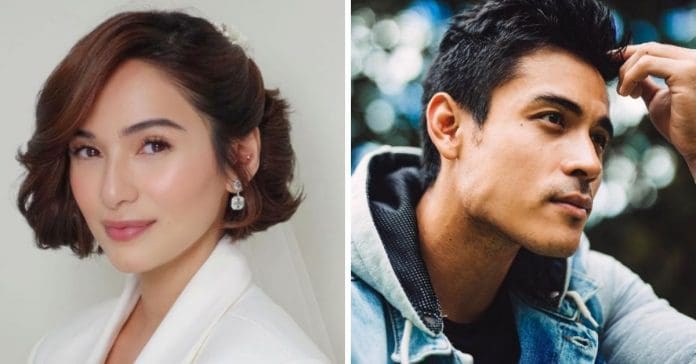 Xian Lim admitted having these concerns when his TV series Love.Die.Repeat was put on hold due to his co-star Jennylyn Mercado’s pregnancy.

The actress previously expressed her thanks to the Kapuso netowrk for allowing her to take some time off before she can finally go back to film for the series.

“Maraming salamat sa aking GMA family (Thank you to my GMA family) for understanding my condition and allowing me to still finish Love, Die, Repeat next year once I am ready to work again,” wrote Jennylyn in a Facebook post.

During a recent media press conference alongside leading lady Glaiza de Castro in the upcoming  Kapuso series False Positive, Xian shared that he initially got worried when the filming for Love Die Repeat will resume.

“Of course, we’re all very happy for Jennylyn. Congratulations. But at the same time, there was that worry na, ‘Kailan kaya magre-resume yung show? Are we gonna stop completely, what’s gonna happen?’” said Xian.

Xian also shared that it was a bit challenging for him to shift from his character in Love. Die. Repet to the role he will be playing in False Positive.

“Actually mahirap siya especially nung nag-pack yung Love.Die.Repeat,” revealed Xian adding that he had a few questions in mind: “Kailan mag-resume? What’s gonna happen am I gonna be given another story?”

Nevertheless, Xian said he didn’t have a long time adjusting and working with a new set of cast.

“But after reading the script, kulitan lang talaga eh, and masaya. Masaya yung material namin, masaya yung project. So when we got started we just enjoyed the process of making this (series),” he said.

False Positive, which is set to air in the first quarter of 2022, tells the story of a newlywed couple and the challenges they face in the married life.