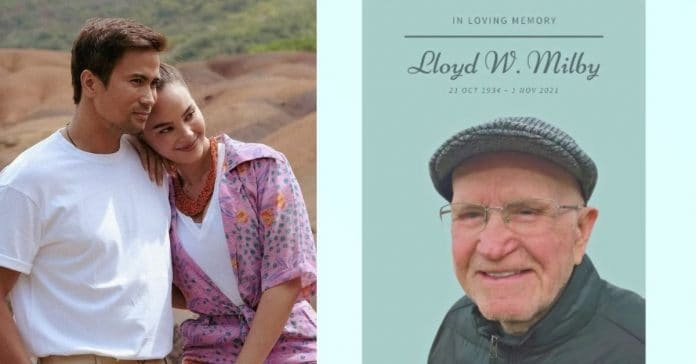 Catriona recently released the second part of her adventure in Africa from October. While she captured the glitz and glamour of the Miss South Africa pageant, she also caught the emotional moments just weeks before the death of Sam’s father.

In the video, she spoke about how Sam had to leave early to attend to a family emergency in the United States. The actor hugged her goodbye while it seemed like he was fighting back tears.

“Unfortunately, Sam had received news of there being a family emergency and he found out and decided that he needed to leave unexpectedly right before I stepped out on the red carpet and I put a smile on my face as I stepped out for the cameras before the show,” she said.

Catriona opened up that while she hosted the beauty pageant, her mind was on Sam’s situation.

The next clips on her emotional video were snaps of Sam and his father and another which served as a tribute.

It was in November when Sam shared the unfortunate news that his father has passed away.