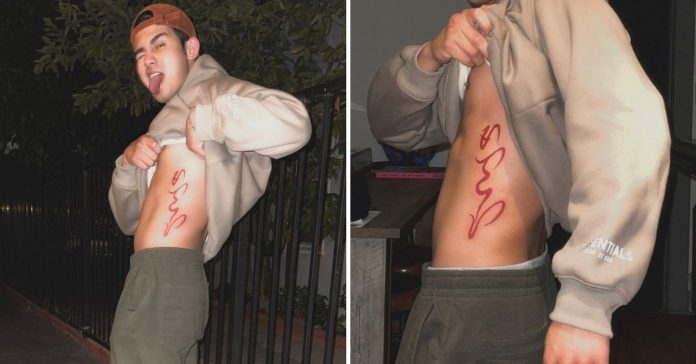 Iñigo Pascual is more than proud to show off his new and massive tattoo on the left side of his figure.

The singer-actor took to social media to share the bright red ink. His “Malaya” tattoo was written in the ancient writing system, Baybayin.

The 24-year-old’s tattoo was done by a Los Angeles-based tattoo artist who has also shared their work of art on Instagram.

This isn’t his first tattoo in Baybayin, Iñigo has the word “tiwala” inked on the left side of his chest as well.

It was in September when Iñigo scored his first international acting stint as part of the lead cast of Fox’s upcoming musical drama Monarch.

READ: Iñigo Pascual gets a leading role in US musical drama Monarch

‘What the h*ck is wrong with people’: Sofia Andres says...

Iñigo Pascual shares how Piolo Pascual is like as father...

WATCH: Inigo Pascual shines in official trailer of US musical...