6 female celebrities who are thriving entrepreneurs 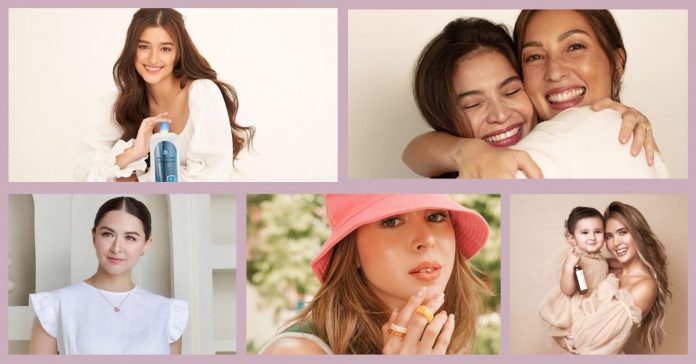 Even with their jam-packed schedules for days on end, these female stars have found another industry to delve into.

Here are six celebrities who found another passion just outside the showbiz limelight.

Liza Soberano and her longtime boyfriend Enrique Gil launched their own brand of disinfectants after seeing the need for affordable yet gentle alcohols and sanitizers.

It was in February of this year when the actress announced their business venture, HKT Essentials.

“The best part about this is is we really wanted to make it our mission to give back to the true heroes of 2020; our front-liners,” she wrote, adding that a portion of their sales will go to independent organization Save The Children Philippines.

Sofia Andres is proud to call herself the CEO of her health and beauty brand, Zoe Essentials. Her business, named after her baby girl Zoe, offers alcosprays and body wash products infused with posh scents.

In May, the celebrity mom announced her newest venture with a social media post.

Marian Rivera’s Flora Vida has been around since 2017 but it’s definitely going strong still. In early November, the Kapuso actress launched her clothing line under the lifestyle brand.

Her collection of easy-to-wear pieces was sold out just hours after it was released. Each piece costs P10,000.

Stylish sisters-in-law Anne Curtis and Solenn Heussaff released a clothing line inspired by their daughters Dahlia and Thylane back in June of this year.

Tili Dali is a “thoughtful essentials” line for babies that promotes sustainability with environmental-friendly materials.

Sofia Andres reveals she can ‘read people’ and ‘see their...