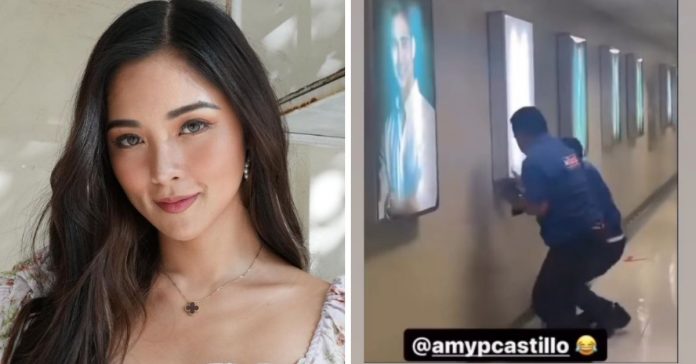 Kim Chiu aired this reaction after a video she posted on her Instagram story which showed the removal of some Kapamilya artists’ portraits along the ABS-CBN hallway drew criticism online.

On Thursday, Kim shared a clip of her and It’s Showtime co-host Amy Perez laughing and joking around while two staff members cleared a portrait supposedly of former Kapamilya star Bea Alonzo from ABS-CBN’s gallery of stars in the background.

Netizens had mixed reactions over the video, with some speculating that Kim was allegedly taking a swipe at Bea’s network transfer.

Others, mostly fans of Kim, meanwhile, were quick to defend the actress from the speculations, saying there was nothing wrong in the video.

Kim Chiu deleted the said video but reposted it several hours after.