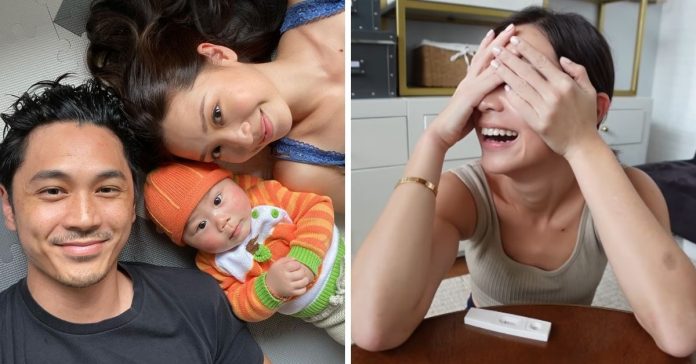 Kryz Uy and Slater Young’s son Scottie is gonna have a baby sibling!

Kryz will be welcoming another bundle of joy with the former Pinoy Big Brother housemate.

The celebrity vlogger shared the happy news in a YouTube vlog titled “I’ve been keeping this a secret” released on Wednesday, where she filmed her reaction upon taking the pregnancy test which came out positive.

“I’m very very very happy, but at the same time completely shookt and scared to be honest, because it’s still pandemic, like, I had two kids during a pandemic, so I can’t really tell the difference. Like how easy it would have been otherwise, but oh my goodness guys!,” Kryz said in the vlog.

According  to Kryz, she and Slater were not expecting her second pregnancy since she was experiencing period cramps and period pains. She also previously had taken several pregnancy tests before but all turned out negative, not until early in October.

“Oh my God, it’s October fourth and I was supposed to get my period around October 1. So, I really thought it was just gonna come. Oh my God, this is so crazy! Number two!,” Kryz gasped in excitement.

Kryz also couldn’t hide her excitement on how their one-year-old son Scott Knoa is going to be an elder brother.

“Scottie will have a playmate finally, he won’t be so lonely,” she said.