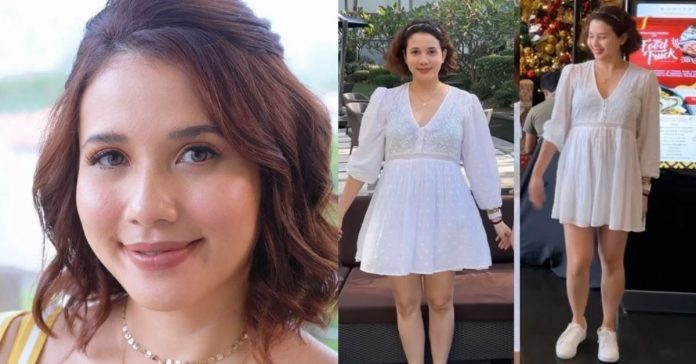 Netizens are wondering if Karylle is already expecting her first child with husband Yael Yuzon.

This, after the singer and It’s Showtime host shared a video of her with her mom Zsa Zsa Padilla via an Instagram reel.

Instagram users couldn’t help but gush over the adorable mother-daughter video in the comments section.

The video, however, also left commenters speculating that Karylle, who was wearing a flowy, mini-white dress in the video, already has a bun in the oven.

Karylle, meanwhile, addressed the same question by another netizen.

“Pls tag Marites for the answer,” Karylle said in jest, while referring to the colloquial term used for gossipers online.

Karylle is no stranger to pregnancy rumors, having figured in one back back in April this year. But she and Yael didn’t address those speculations.

The couple have been married for seven years after tying the knot in March 2014.