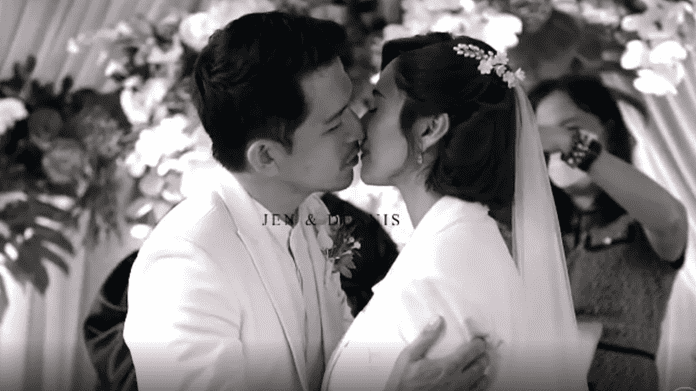 Celebrity couple Dennis Trillo and Jennylyn Mercado have given their fans a sneak peek of the day they became husband and wife.

In their latest YouTube vlog, the two recounted the notable moments of the actress’ pregnancy from her taking a break from work to all her satisfied food cravings.

At some point in the video, Dennis turned emotional and spoke about how he wanted to make the most of out of this new chance to do fatherhood right.

Jennylyn’s pregnancy, as the two shared, “fast forwarded” their relationship. Dennis shared that their proposal was actually supposed to happen in their new home and that their wedding was slated to be done abroad.

In one clip, the two wore their pajamas as Dennis excitedly shared that they were tying the knot soon.

Descendants of the Sun Phl remake wins at 15th Seoul...