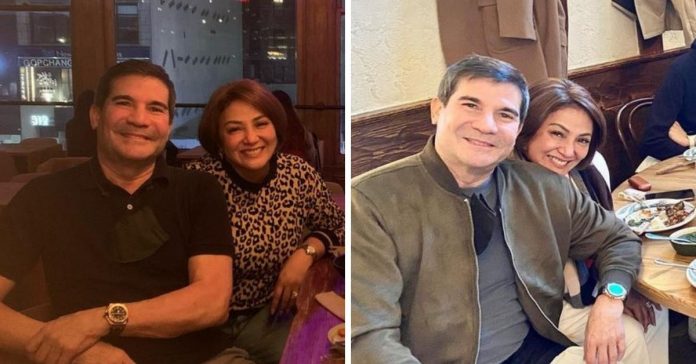 Cherry Pie Picache, 51, is in a relationship with her Marry Me, Marry You co-star Edu Manzano, 66.

This is according to a report released by News5 on Friday saying that Edu himself confirmed to News5 anchor Cheryl Cosim that he’s dating Cherry Pie.

The two have earlier sparked romance rumors after Cherry Pie shared photos of her recent trip to New York.

Netizens couldn’t help but notice the two getting cozy with each other in some of the snaps on Instagram which Cherry Pie captioned, “Amazing and lovely moments in the city that never sleeps,” alongside some heart emojis.

Fellow Kapamilya stars Arci Muñoz and Yam Concepcion, meanwhile, seemed to have teased about Cherry Pie and Edu’s relationship in the comments section.

“Thanks for the great time tepie!! Kitakits sa L.A.!,” Arci wrote, tagging Edu in her comment.

Yam, on the other hand, commented, “Take care and stay in love!! You are glowing!!!”

Netizens have speculated about Cherry Pie and Edu as the personalities who figured in the blind item by Pep about a single mother who found love on the set of a TV project.

Cherry Pie got separated from her former partner in 2006. She’s a mom to showbiz newcomer Jose Antonio “Nio” Tria.

Meanwhile, Edu and his non-showbiz ex-girlfriend have unfollowed each other on Instagram.