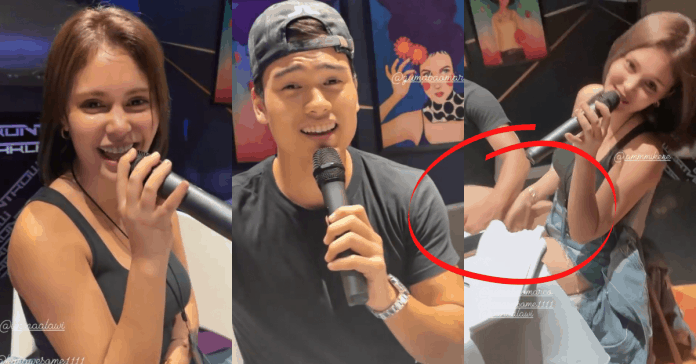 Ivana Alawi and Marco Gumabao both debunked the dating rumors and maintained that they are just friends.

In a recent live Q and A on Kumu, the sexy actress clarified the speculations that she and Marco are a romantic item.

Ivana’s statement came weeks after Marco was spotted in a viral video touching Ivana’s thigh during a karaoke session with their friends.

“No, no, and no. Never kaming nagkaroon ng kahit anong relasyon, romantic, no, wala.

Ivana also made clear that there was no malice with Marco’s actions in the viral video.

She continued, “Basta hindi niya mahawakan, you know,  ‘yung those parts, that’s a no. Baka masampal ko siya on the spot.”

Marco, on the other hand,  also pointed out in a digital press conference for his upcoming film My Husband, My Lover that he and Ivana are no more than friends.

“Basically, kami ni Ivana, we’ve been friends for more than a year. Magbarkada po talaga kami and at the same time, we really are close, but we’re just friends.