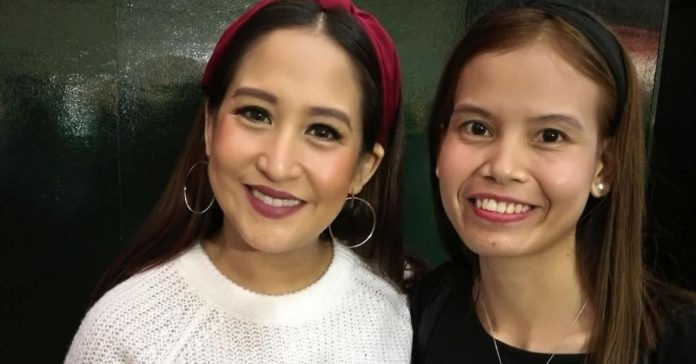 Jolina Magdangal took to social media to mourn the death of her long-time fan.

On Instagram, the television host shared her many photos throughout the years with her late fan, Shirjane.

In her post, Jolina included a collage of her photos with Shirjane from 2010 all the way to 2018.

Shirjane seemed to be known in Jolina’s circle as her other supporters also grieved her death.

Jolina has been a prominent name in the showbiz industry since the ’90s with her hit songs like Chuva Choo Choo and her array of films.