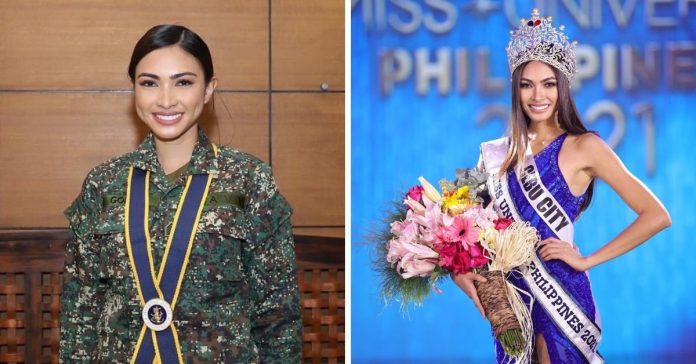 Recently crowned Miss Universe Philippines and Beatrice Gomez has been promoted from a Navy corporal to sergeant.

The Cebuana beauty queen, clad in a fatigue unform, paid a courtesy call at the Naval Reserve Command headquarters in Intramuros, Manila on Tuesday, October 12.

Bea, who is assigned at the Naval Reserve Center in Eastern Visayas ranked up to sergeant during her visit to the Philippine Navy headquarters.

She also received a plaque of recognition for her “invaluable contributions and accomplishments as a member of the PN Reserve Force”.

Beatrice is set to represent the country at the 70th Miss Universe pageant to be held in Israel in December 2021.