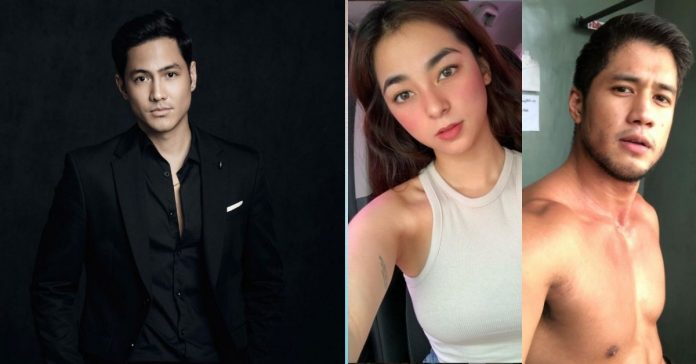 Axel Torres probably just spilled the tea against ex-girlfriend AJ Raval amid news of her going out in public with Aljur Abrenica.

In an Instagram post on Thursday, the former Pinoy Big Brother housemate posted a photo of himself alongside a meaningful and shady caption supposedly directed at AJ.

“Right now, i’m standing here with nobody to love and my ex is probably out having fun, hooking up 😅 with the person that she told me not to worry about 🤡 but it’s alright,” wrote Axel.

This came after news of AJ’s confirmation that Aljur is courting her, and that they are in the “getting to know” each other stage.

AJ also admitted that Aljur is the one she was referring to the “boyfriend material” type of suitor, saying “ramdam na ramdam ko talaga na special ako”.

Photos of AJ and Aljur spotted hanging out together and most recently, holding hands while walking at a mall have circulated on social media.

Alex and AJ were in a relationship for almost two years before they called it quits a few months ago.

Aljur and AJ were co-stars in the film Nerisa which was filmed last May.