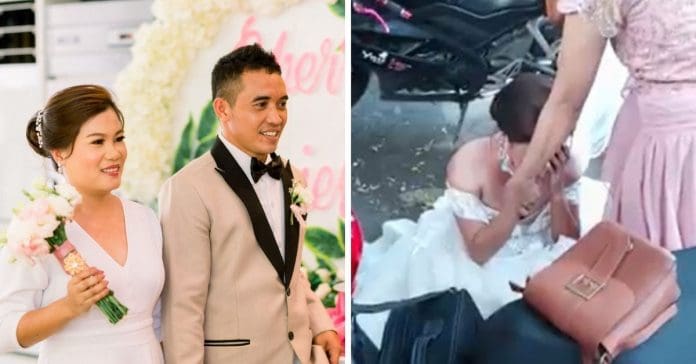 The newlywed couple who went viral after getting scammed by their wedding coordinator finally had the wedding reception promised by Neri Miranda.

Aside from the reception, Neri also provided the couple’s wedding cake, gown, suit, accessories, emcee and gifts for the bride for free as seen in the photos shared by photographer Tonskie Elsisura on Facebook.

Neri and her husband Chito Miranda graced the couple’s wedding reception virtually, and even got serenaded by the latter with his band Parkoya ni Edgar’s hit song Harana.

Neri Miranda previoulsy offered to give the couple a wedding reception after a video of the bride went viral upon arriving at their wedding reception venue only to learn that the wedding coordinator got away with the money they paid him, which totaled to P65,000.