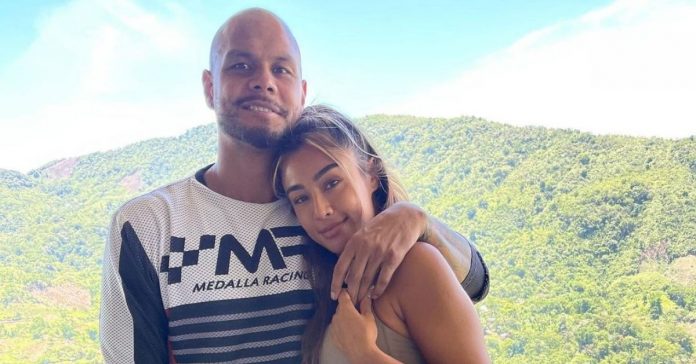 Cager Sol Mercado lashed out at a netizen who made comments against his girlfriend Sandra Lemonon.

Sol just recently made his relationship with Sandra public, in a belated birthday post for the former beauty queen, posting photos of them together on Instagram.

Sandra, meanwhile, described Sol as her “biggest blessing I have ever received”.

The comments section was filled with well-wishes for the couple, but one netizen caught the attention of Sol for comparing Sandra to his ex-fiancee Denise Laurel.

“This chick is nowhere close to @d_laurel IMO (in my opinion),” wrote the netizen.

Sol, who was previously engaged to Denise, hit back and said: “You’re a clown! u don’t know either.”

The netizen replied back and exchanged words with Sol, with the latter telling the commenter to “do something with your life”.

The netizen even made a bet that Sol’s relationship with Sandara will only last a few months and that “he will end up looking for a different chick”.

Sol then advised them to check back in with him in two months. “I’ll set my alarm clock,” he added in jest.