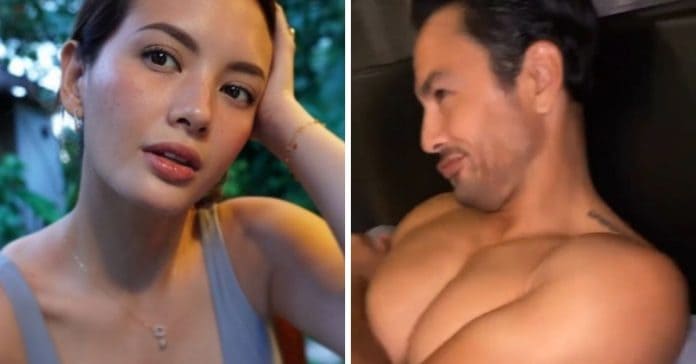 Ellen Adarna shut down a netizen who bashed her fiancé Derek Ramsay online.

In a recent Instagram update, the actress shared an appreciation post for Derek with a video of her complimenting his looks.

“Love, you’re so handsome, super sexy,” Ellen teasingly told a topless Derek who appeared getting shy with his fianceé’s words.

While fans and followers were all for the sweetness of the couple, an Instagram user criticized Derek in the comments section.

The couple, who got engaged in March after almost two months of dating, recently went on a Pamamanhikan getaway before their scheduled wedding later this year.