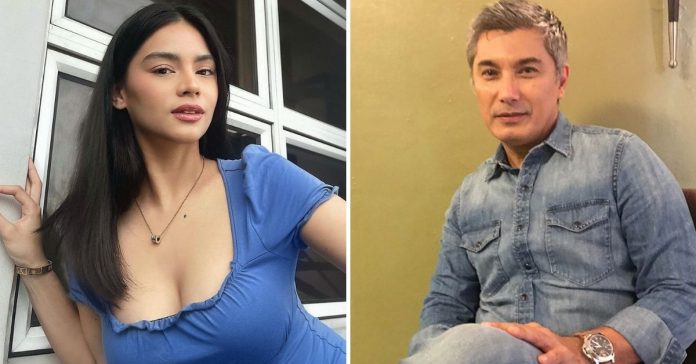 Faith Da Silva, 20, has finally spoken up on rumors linking her to veteran actor Albert Martinez, 60.

While the rising actress gave the lowdown on their relationship, she did not confirm or deny the speculations if there really is something romantic brewing with her co-star on upcoming GMA drama series Las Hermanas.

“Nagulat ako but it’s not that I didn’t expect it kasi with our role kasi magiging partner ko siya dito sa Las Hermanas and siguro nakikita ng mga tao that you know we’re comfortable with each other,” she said in an interview on GMA 7’s The Boobay and Tekla Show.

Faith shared that she and Albert were locked-in taping for Las Hermanas when the rumors surfaced and that they have only talked about it in passing.

When asked about her mother’s thoughts on the rumors, she admitted her mom was shocked at first.

The daughter of Dennis Da Silva said Albert is a professional actor and a gentleman off-screen. She shared that he guided her as the show’s rookie.

Las Hermanas is the actor and director’s comeback show as a Kapuso star.