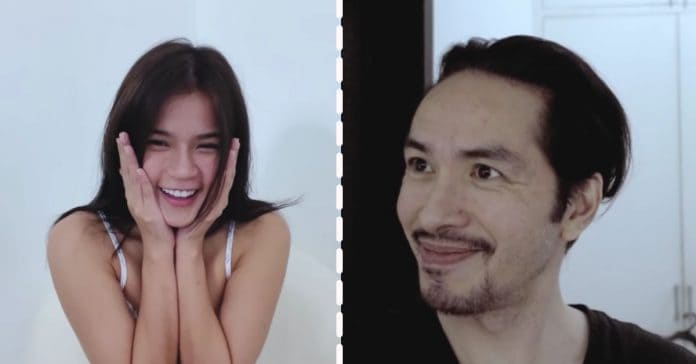 Netizens were more than kilig when Rico Blanco sought the help of his girlfriend and “boss” Maris Racal for a new hairstyle after finally deciding to cut his own hair.

On his recent video on YouTube, the singer-songwriter explained why he chose to grew his hair out during the pandemic.

It has been more than a year since the pandemic began and the 48-year-old realized that it is high time to get a new hairdo.

Rico then introduced his “expert hair consultant, advisor, boss” Maris who is in charge of deciding his new hair. At first, Maris suggested Hollywood actor Keanu Reeves’ long hairstyle but both agreed with following one of his old hairstyles.

“Ayusin mo ah,” Maris said as Rico replied with a compliant “opo” to the 24-year-old.

After trying his best at snipping his own hair for 45 minutes, the former Rivermaya frontman is more than happy with his new shorter hairstyle.

“It’s what you ordered, right?” he asked Maris after his big hair reveal.

Under the comments section of his post, netizens were gushing non-stop at the couple’s sweetness.

“I have never seen this side of Rico ever,” a fan reacted.