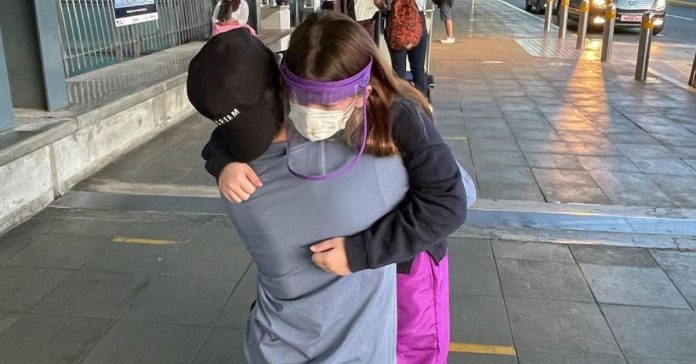 Jake Ejercito was one sentimental dad when he dropped his daughter Ellie off at the airport to reunite with her mother Andi Eigenmann.

On social media, the actor shared the photo from their emotional goodbye. In the snap, Jake knelt down to embrace the 10-year-old.

“Never not enough,” he wrote in the caption of his post.

It was just last month when Jake picked up his daughter in Siargao, where Andi is currently based.

Andi has also expressed her sentiments online when her daughter has to leave the island to spend time with her father in Manila.

“A part of me always feels missing when this kid isn’t around. I miss her so much,” she wrote.