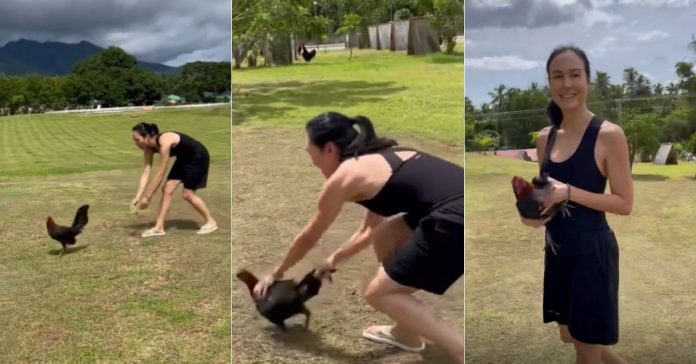 Gretchen Barretto amused her followers after posting videos of her dealing and chasing after a fighter rooster.

The actress, who’s a member of Team Alpha of Pitmaster group, on Saturday posted a video of her enjoying going after a rooster and successfully catching it with her hands.

A series of videos of her practicing at releasing the rooster at a farm was posted on her Instagram stories.

Dubbed as “Lady Tiger” in the cockfighting arena, Gretchen previously shared a video of her reaction when her bet won in the blood sport.

Earlier in August, Gretchen was spotted with businessman Atong Ang in an online sabong. They are reportedly business partners in casino and online