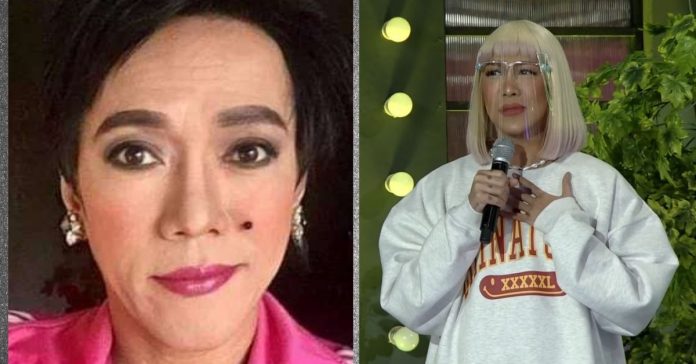 Comedian Gil Morales, more popularly known as Ate Gay, aired his apologies after Vice Ganda expressed disappointment when the former revealed the monetary help he gave only to get criticized online.

Ate Gay earlier courted controversy after stating in a now-deleted Facebook post that he will be unfriending those who have nothing to say but criticize the government.

There were netizens who criticized the post, with some saying he should not have received any assistance from Vice Ganda when he fell ill early this year. Some fans also felt that Vice, who has had expressed his opinions on government issues, was being alluded to in the post.

Earlier in March, Ate Gay asked prayers for his recovery after he was hospitalized due to the rare skin disease toxic epidermal necrolysis.

The stand-up comedian, however, clarified that it was not solely Vice Ganda who helped pay his hospital bill, stressing that it was his sibling who shouldered his hospitalization amounting to P600,000.

Ate Gay also listed the names of other celebrity friends who offered help, along with the amount they gave him.

In an episode of It’s Showtime on Thursday, Vice Ganda got to express his dismay over his monetary aid being made public by someone whom he did not mention the name.

Vice Ganda admitted being deeply hurt over his gesture being questioned when all he just wanted was to help the person.

In an Instagram post on Friday, Ate Gay said his apologies to Vice Ganda, saying he just got provoked by a netizen who spoke ill of him.

The comedian went on to reiterate that he’s thankful of the help he received from Vice Ganda and his friends.

Ogie Diaz, meanwhile, also revealed in his vlog that Ate Gay had reached out to say sorry for his actions and vowed not to do it again.