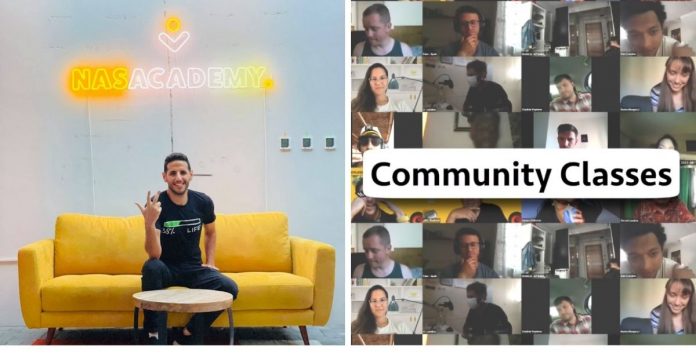 Nas Academy is reviving its operations in the Philippines with free community classes on content creation and others, more than a month after facing controversies involving the legendary tattoo artist Apo Whang Od.

“Nas Academy is all about giving back, so we are running Free Community Classes in the Philippines. We’re teaching LIVE our best 4 courses – 1 each week for the next 4 weeks. And this is your turn to see what all the hype is about,” read Nas Daily’s Facebook post.

The community classes will take place once a week starting September 22 to October 13.

Nas Academy previously halted its operations in the country after figuring in a controversy surrounding its paid online course under Apo Whang-Od’s name, which a relative of the tattoo artist described as a “scam”.

The Whang-Od masterclass was eventually taken down from the Nas Academy website following backlash from netizens.

Nas Academy, however, denied the allegations, showing a clip of  Whang-Od affixing her thumbprint, “signifying her full consent to the project.”

The National Commission on Indigenous People (NCIP) conducted an investigation on the matter, and found the contract to be “grossly onerous”.