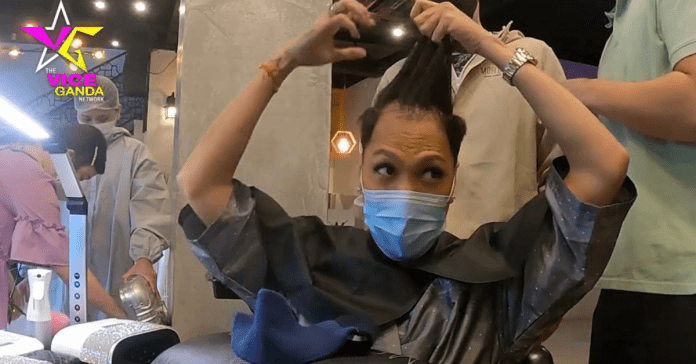 For the first time ever, Vice Ganda finally revealed his real hair as a gift for his curious fans.

The comedian-actor is best known for pairing his eccentric outfits with flashy wigs in different styles.

Even during noontime show It’s Showtime, the mainstay host is known for poking fun at the state of his real hair.

On his most recent vlog, Vice Ganda finally gave in to his fans’ requests to see what’s underneath his wig.

He explained that during the first season of It’s Showtime way back in 2009, his hair was thicker compared to its state now.

The 45-year-old attributed his hair thinning to stress. He even admitted that this was once his insecurity and it even induced feelings of anxiety.

Vice went on to share that he grew to pay no mind to this insecurity, especially when he knows that his loved ones adore him for who he is.