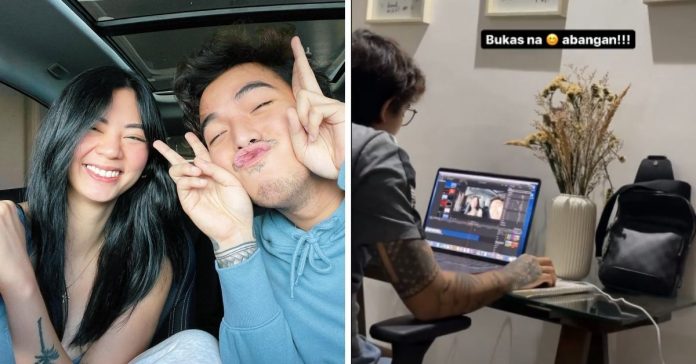 It looks like vlogger couple Jayzam Manabat and Camille Trinidad, more popularly known as JaMill, will return to vlogging less than a month after they deleted their YouTube channel.

Camille on Tuesday also shared via Instagram stories a photo of a camera, and a clip of Jayzam editing a video of them together.

Although no specifics were given as to where they will upload their new video, a link on Camille’s Twitter bio leads to a YouTube channel named JAMILL which has currently more than 130,000 subscribers.

The description in the said YouTube channel reads: “WE’RE BACK MGA MANDIRIGMA!”.

Several speculations came up on why Jamill’s Youtube account was removed, such as the couple allegedly tried to get away from a memorandum issued by the Bureau of Internal Revenue reminding social media influencers and Youtubers to pay their taxes.

JaMill later addressed the matter, saying it was their personal decision to end their Youtube channel to live a “simpler and normal life”.