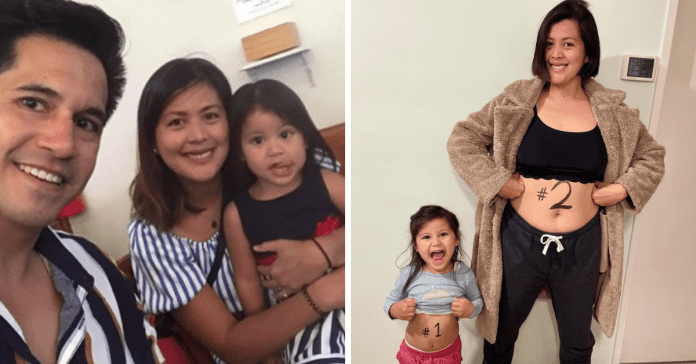 The Starstruck alumna recently announced her pregnancy on Instagram by posting a photo of her with eldest daughter Isabella and showing off their bellies with written hashtags number 1 and 2, alongside the baby’s sonogram.

In the comments section addressing the well-wishers, Benj and Rich revealed that they are hoping for a baby boy this time.

Rich exchanged I do’s with Benjamin in May 2018 in Hongkong and welcomed their firstborn Isabella in December of the same year.

The former actress and beauty queen decided to migrate to Australia with her family last year.